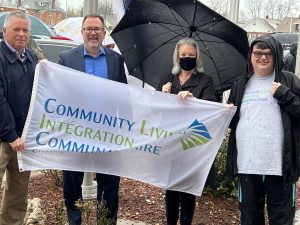 Community Living Month is celebrated across the province during the month of May.  The month celebrates the accomplishments, gifts and talents that people who have diverse abilities bring to their communities.

The Community Living Flag was raised at the Chatham-Kent Civic Centre, along with flags being raised at city centres in Ridgetown, Blenheim and Tilbury during the month of May. The ceremony at the Civic Centre brought greetings from Mayor Caniff, Ron Coristine, CLC-K Executive Director, Brett Gore,  Leaders Within Program Graduate, as well as award presentations.

The Joyce M. Carr Champion Award was presented to Churrascaria Steakhouse. Each year the award is presented to a business that ha 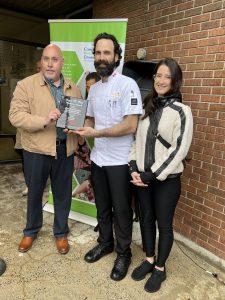 s made a difference in the community by hiring a person who has diverse abilities, and encouraging others to do the same. The award is named in honour of Joyce Carr, a former Manager at Community Living Chatham-Kent, who believed in employment for every person.

The Rob McLandress Make a Dream Come True Fund was awarded to Marie Letourneau and Angel Nahdee. The fund was made possible through a bequest to Community Living Chatham-Kent by the late Father James Williams. Father Williams was an ongoing supporter of the work of Community Living Chatham-Kent and his bequest was made in honour of Rob McLandress.

Two awards of $1000 each are given annually to people who have diverse abilities to assist in making a dream come true.  Seven applications were received by the Review Committee and after very difficult deliberations, they decided on the 2022 winners. 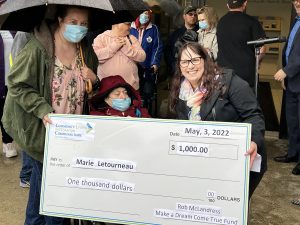 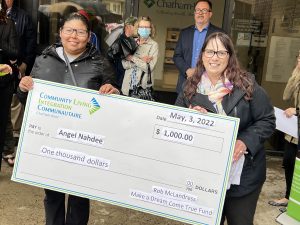 Make A Donation
Your generous donation helps to provide support and services to over 550 people and their families. Donate online, in person, or by mail.
Donate Now
Job Opportunities
Be the difference that makes a difference!
Apply Today